So I had this crazy dream today, and I decided to write it all down as soon as I woke up, because, well, it sounded just too realistic and logical to ignore it. Could be a plot of a sci-fi movie. Just kidding. The extract here is written in a bits & pieces style, since I don’t really remember the exact details of the events - just the outlines. Here X is a placeholder for a person who I don't recall from the dream. 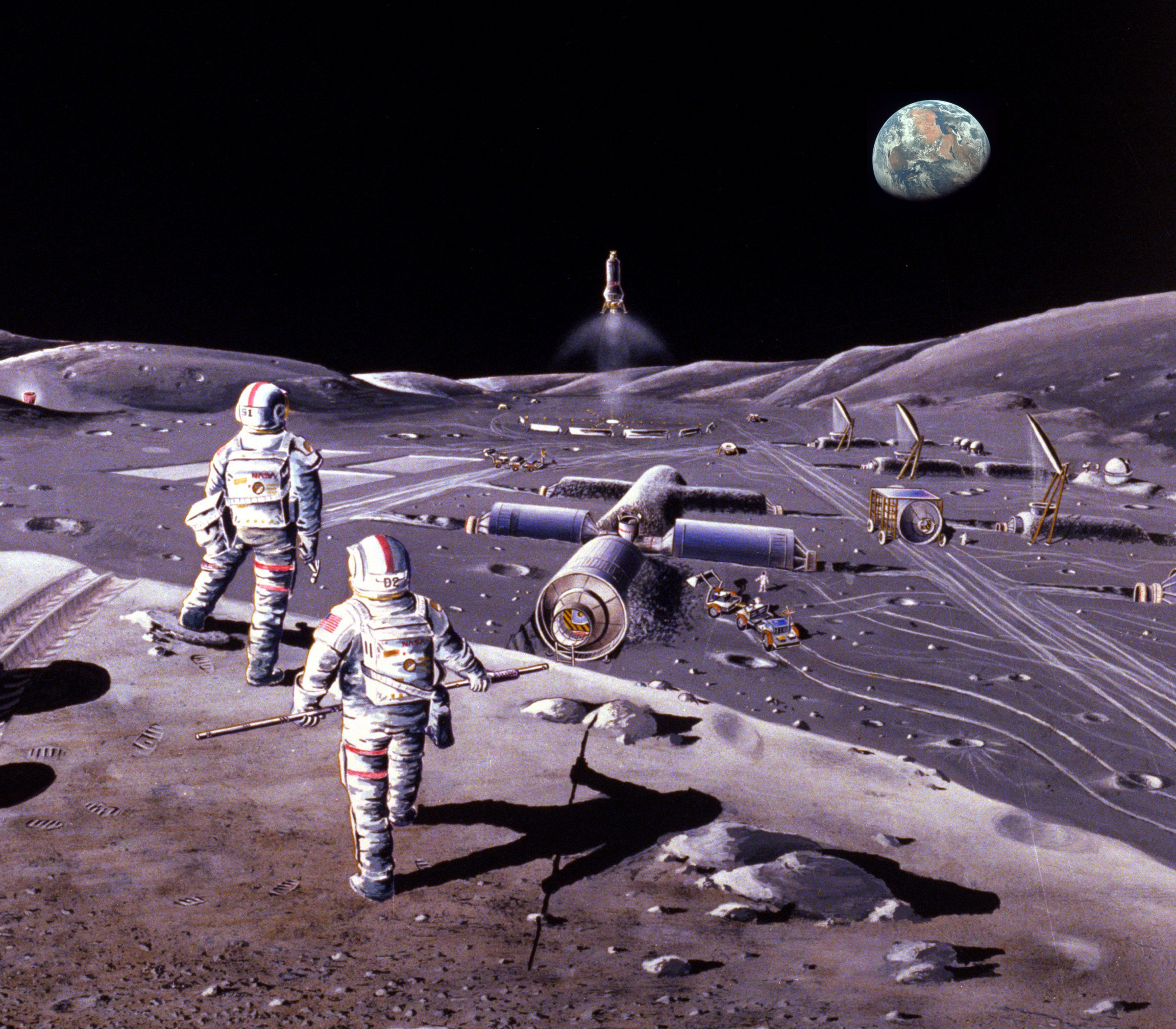 Landed on moon — X and me — mission was to install survey instruments — shocked to see an abandoned train station — hear sounds of a train approaching — I say fuck the mission and let’s get out of here — he doesn’t listen — he’s hellbent on installing those instruments — I yank him away from the equipment — he initiates my launchback module, to get back to the orbiter — I strap myself in and ask him to initiate his too — he ignores again — starts my module without warning — I get hurled in the air — last I see is X being captured by the train guys — I black out.

I wake up — the sky’s completely black — I’m in the middle of some bushes — in a backyard — or front garden — can’t figure out — those flashes occur — the launchback module — the mission — X being captured — the module had malfunctioned — I was still on moon — gather my senses and get rid of my suit — see people — everything seems normal — just like a small town back on earth — people minding their own business — I don’t draw any attention, thankfully — there’s one very important difference — people here are somewhat taller than average — might have to do with moon’s gravity — the house’s owner notices me — I try to run — but then I see him — surprised to see it’s my uncle — he’s equally surprised — we share a good warm hug — he calls me in — I go, and stash away my equipment safely inside — before I ask anything — he starts explaining whatever the fuck is going on on the moon — it was terraformed secretly a few years ago — nobody on earth knows this — a network of satellites on the moon’s atmosphere interfere and scramble the imaging equipment on earth to keep them in the dark — he’s thankful that I got away and somehow landed straight in his backyard — the authorities were capturing and killing whoever landed on moon to keep the base a secret — I ask what he was doing here — he said he decided to be a part of this base with help from his previous employer as his financial situation wasn’t very good back on earth — I tell him about X, the mission, and the train — he says there’s nothing we can do about it — I meet up with my aunt and my cousins — it feels so good to be with them — uncle says I should live here now, blend in, since there’s no safe way to go back — I shudder at the thought of not being able to see my family again.

He takes me to a science exhibition the next day — to distract me — there I learn of an annual robotics competition — engineers craft and test new models and ideas to keep the scientific community’s interest thriving — this year’s theme was interplanetary travel — I convince him to let me participate — see this as my only means of escape to earth — would design my own craft and get the fuck out of here — he says there’s a course that needs to be completed as a prerequisite for the competition — I tell him I’m an aeronautical engineer, I don’t need a course — he says I should do it regardless, so as to not arouse any suspicion — so I enroll in it.

One day I come back from the class to my uncle’s home — see X standing in my room — messing with my mission equipment — I ask what happened and how’d he find me — he doesn’t answer — he initiates my relay module to re-establish contact with the orbiter — we get a ‘breach’ feedback — suggesting that the orbiter was purposefully destroyed by the authorities to prevent escape — he starts assembling the ground control relay — to contact earth — I ask him to stop — as this might reveal our position on the moon to the authorities — he doesn’t listen — my uncle comes in from behind — sees what’s going on — I yell at X, saying that my uncle has a family and kids and that their life might be in danger — X is again, hellbent on contacting earth and reporting what’s happening on the moon — I yank out one of the antennas of the relay module — the display stops responding after showing Communication sequence initialization = 89% — we stand there in utter silence, wondering whether the signal went out or not.