DYSTuss creates a space for people to freely and anonymously discuss their ideas and thoughts about movies, shows and series, along with giving them the ability to maintain user profiles to keep track of what they have seen, what they wish to see, and get recommendations, both from the community and the ML-trained models. It was created as a part of the Software Engineering Laboratory (CS29006), a second year undergraduate course offered in the spring semester at the Indian Institute of Technology Kharagpur. 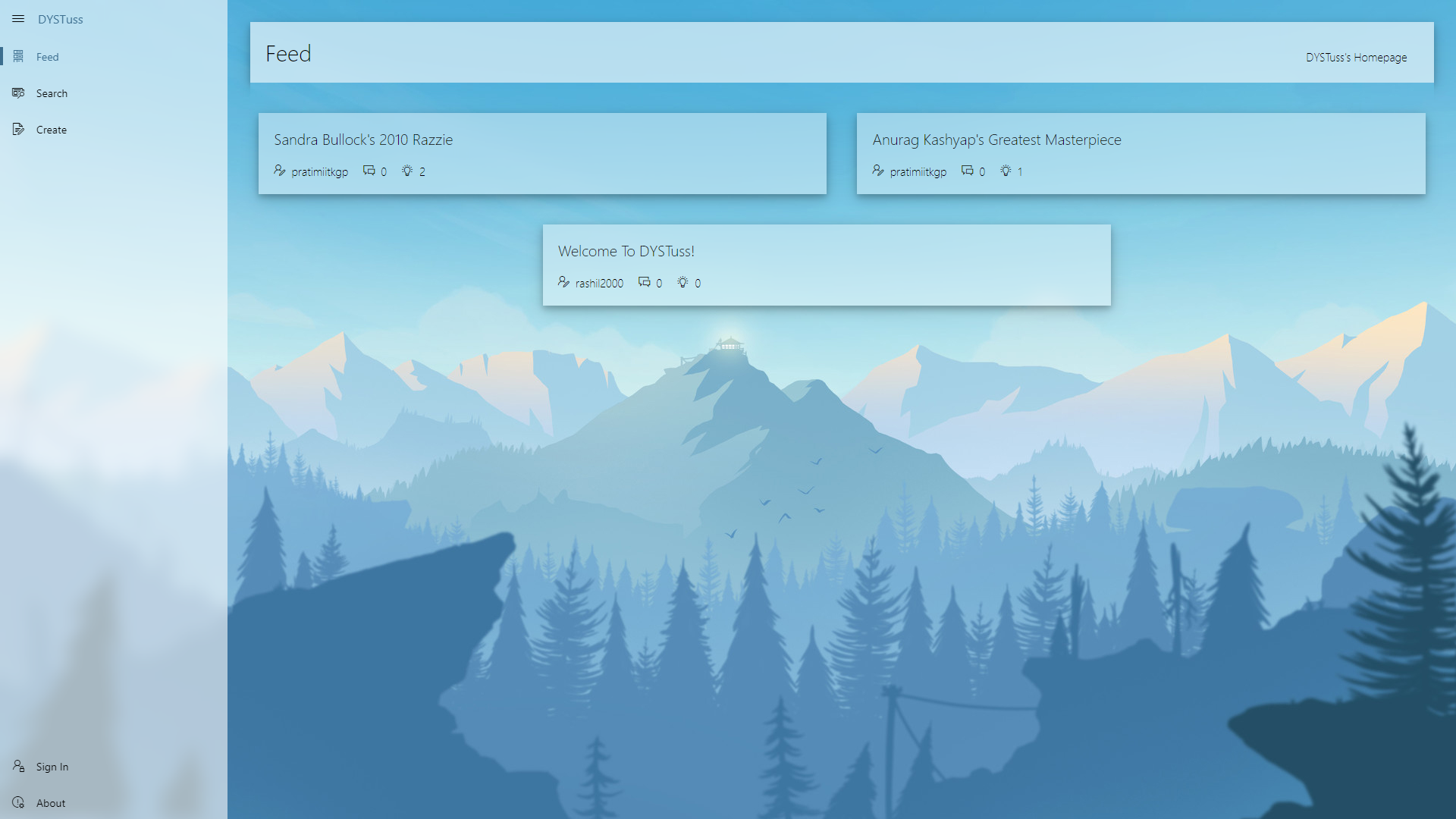 The inception of this idea kind of happened quite some time ago, mainly stemming for the need to have dedicated platform for having in-depth discussions about entertainment in general. A lot of my peers take active interest in watching Hollywood and Bollywood movies, TV shows, web series, and frequently discuss about them. It makes for a great pastime, and some of them even go as far as having in-depth discussions/arguments about various aspects of film-making such as directing styles, production decisions, acting finesse, editing expertise etc. 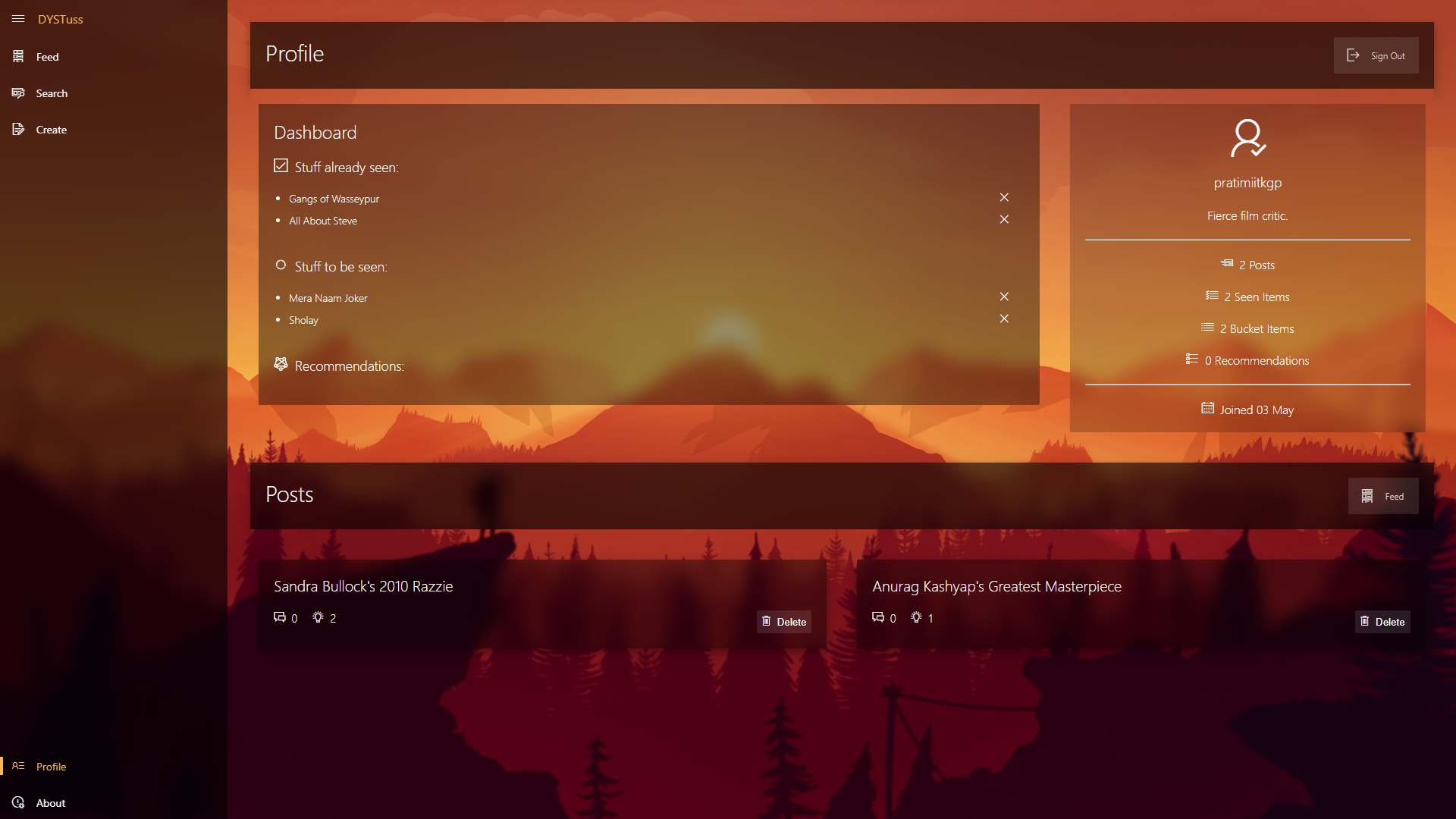 DYSTuss is built with React and bootstrapped with Create React App. A principle focus of this project was implementing the Fluent Design System, which was achieved with the help of React-UWP UI library and Fabric UI Assets. The backend, made by a friend of mine, is powered by Flask-RESTPlus API and a MySQL database indexed using Elasticsearch. 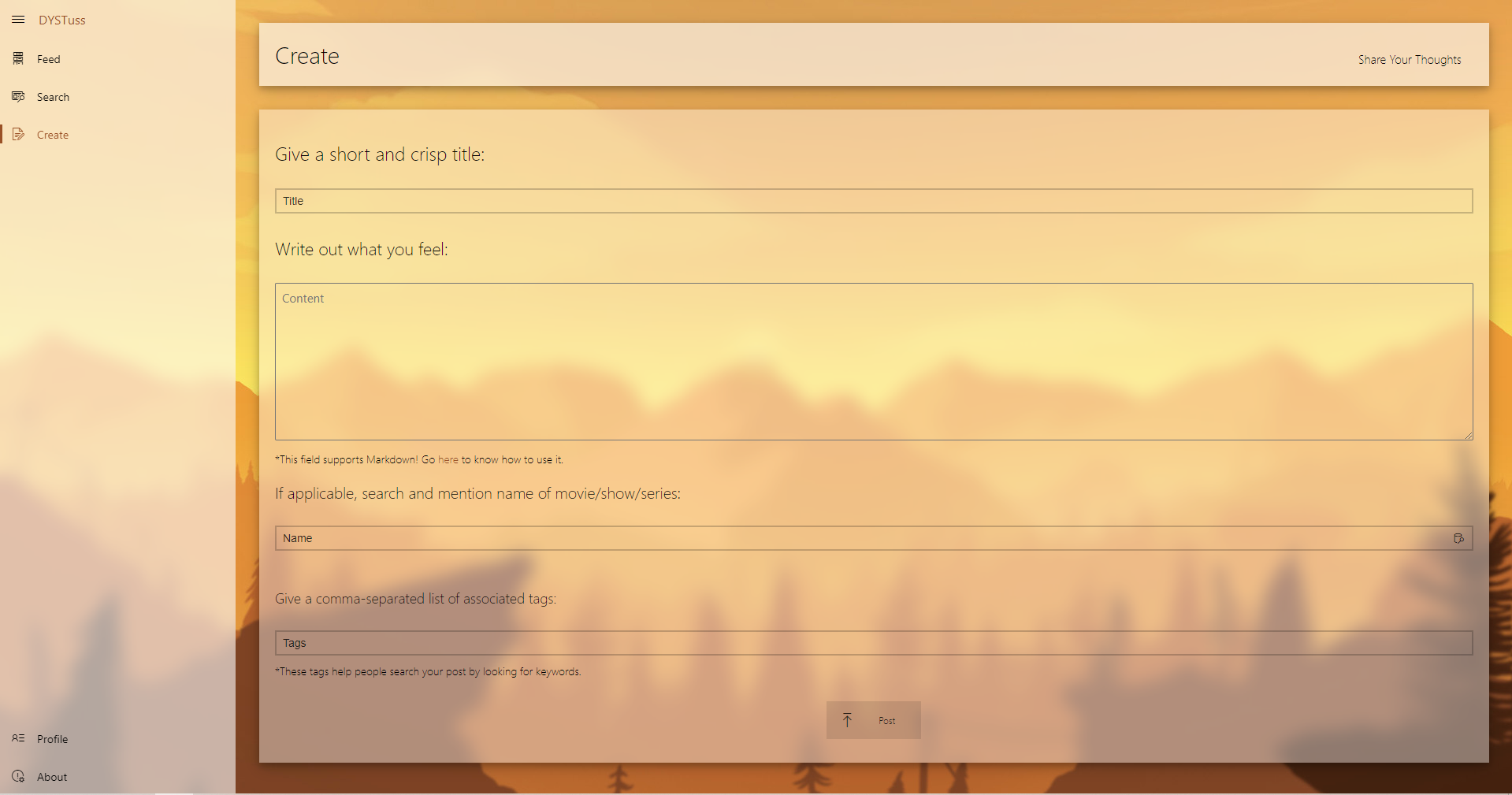 Users can signup, create posts, comment on posts, and search for movies or posts using the search page. They can maintain private seen lists and bucket lists and get recommendations based on those from the machine learning models. 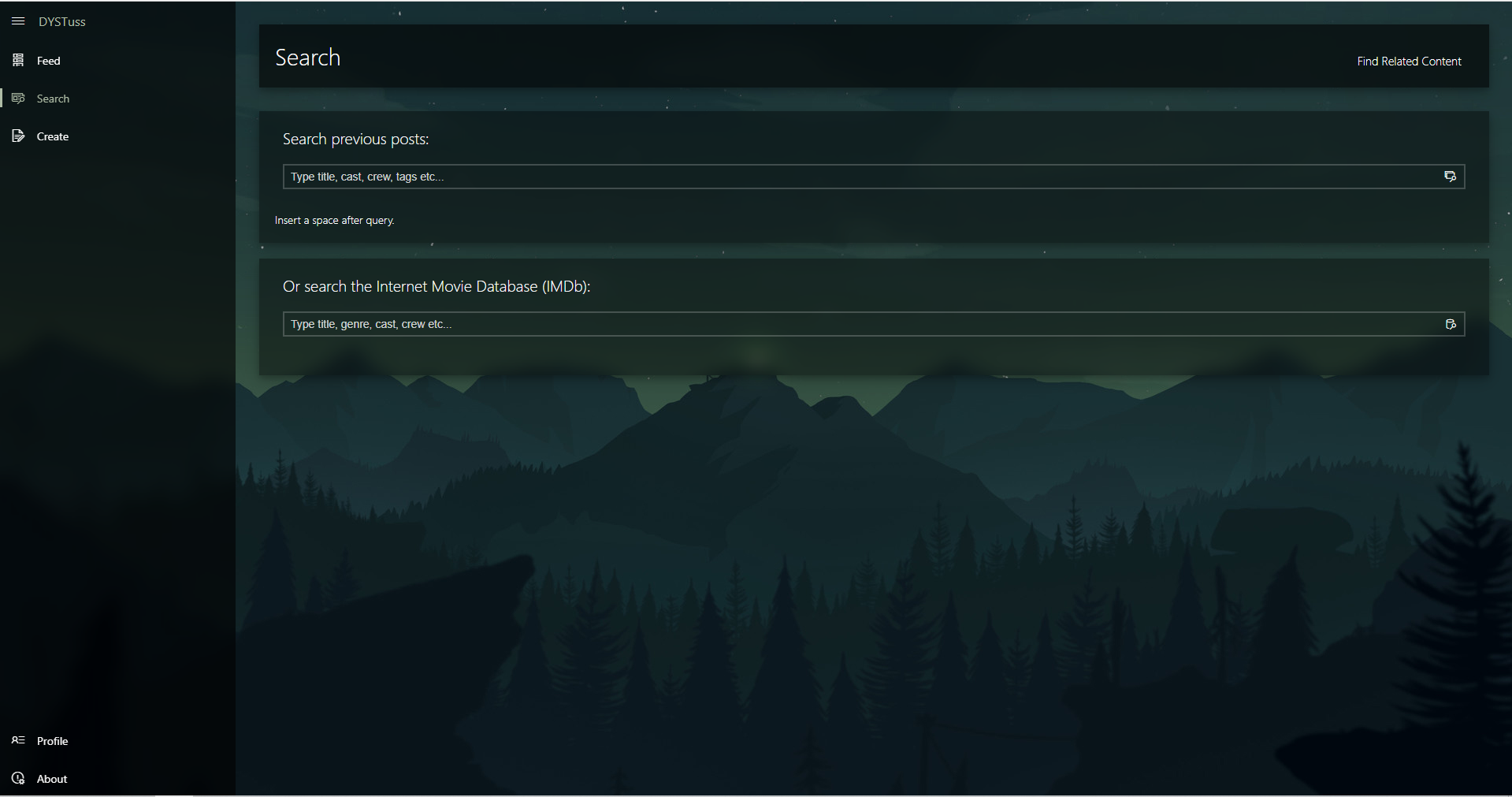 The forum is a progressive web application, meaning it can be installed on devices. Users can also chose from a list of 8 different themes to suit their needs.

DYSTuss has been put up for community contributions in KWoC 2020 - Kharagpur Winter of Code, a 5-week long online program for students who are new to open source software development, organized by the Kharagpur Open Source Society (KOSS).